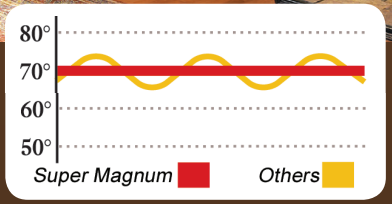 Anyone who hasn’t been living under a rock knows that rising energy prices have become a problem in recent years. But what exactly is causing this, and what can you do about it? Keep reading to find out.

The government’s response to the Covid-19 virus in 2020 sent shockwaves throughout the global economy. Around the world, federal agencies shut down businesses and schools while restricting travel, which caused a sharp drop in demand for energy. By early 2022, when countries began opening up their economies and allowing travel, this caused a sudden demand spike for the unprepared energy providers.

Russia is a major energy producer and exporter, and much of the European Union’s energy comes from them. Research shows that the EU gets about 40 percent of natural gas and twenty-nine percent of oil from the Russians. In February of 2022, Vladimir Putin launched an invasion of Ukraine. In response, the West placed sanctions on Russian energy exports. The invasion has led to skyrocketing energy prices in the EU since many of these countries don’t have adequate substitutes for Russian supplies.

The Biden Administration Is Sending SPR Reserves to China and India

Within the United States, higher energy costs are mainly the result of President Joe Biden’s decision to send SPR (Strategic Petroleum Reserves) to nations such as India and China rather than using it to lower prices domestically. Additionally, the Biden Administration is committed to a Green transition where they want to phase out carbon energy in favor of alternative energy sources such as wind, hydropower, and solar.

The problem is that much of the U.S. economy is still heavily dependent on fossil fuels. And because the nation already has a national debt of over $30 trillion, no funds are available to modify the infrastructure to enable alternative energy sources to be used on a large scale.

Tips for Lowering Your Heating Bill This Coming Winter

It is a well-known adage in the energy industry that it costs more money to heat a building than cool it. While high energy prices might be an annoyance during summer, they will become an even bigger headache during winter. Below are some tips for controlling your costs: